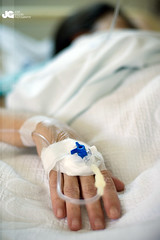 Has our idea been stolen?? read on as it shows we are all focussued on the correct areas.

An old-fashioned checklist has the potential to keep patients with heart failure out of hospital — and save money for  health services around the world.

The checklist aims to help ensure that patients stay healthy after discharge, instead of quickly returning to the hospital because their symptoms return or get worse, according to a study of 96 patients presented at the American College of Cardiology‘s annual meeting. The list prompts doctors to make sure that patients understand when and how to take their medications, for example, and how to monitor their blood pressure and modify their diet and exercise.

All patients in the study had been admitted to the hospital for a heart problem. Researchers then randomly assigned half to go through the 27-point checklist before leaving the hospital, and half to get the usual discharge instructions.

Only 2% of patients whose doctors used the checklist were readmitted within a month, compared to 20% of other patients, according to the study, led by Abhijeet Basoor, from St. Joseph Mercy Oakland Hospital in Pontiac, Michigan. Readmission rates continued to be much lower after six months, as well, with 23% of checklist patients returning to the hospital in that time, compared to 42% of others.

Patients whose doctors used the checklist were more likely to be taking the proper drugs for blood pressure, as well, Basoor said. Using the checklist, which incorporates advice from broadly accepted guidelines, should take only a few minutes.

“It’s a reminder to do things that they should be doing anyway,” Basoor said. “If they are doing these things anyway, it shouldn’t add much time.”

The checklist prompts doctors to make sure that patients are taking recommended medications and have been counseled to follow a low-salt diet and to watch for early warning signs that their disease is getting worse, such as leg swelling and weight gain, instead of waiting for an emergency that could send them to the emergency room, Basoor said. The checklist doesn’t require that doctors provide detailed nutritional counseling, but it does prompt them to schedule a consultation with a nutritionist before patients leave the hospital. Studies show a “hospital effect,” Basoor said, with patients more likely to take medications if they are prescribed in a hospital, instead of at a doctor’s office.

In general, about 25% to 40% are readmitted within 30 days of treatment, a problem that costs governments around the globe dearly. Previous studies have shown that half of these readmissions could have been prevented with better care or education.

Educating patients before discharge is a critical part of care, says cardiologist Steven Nissen, of the Cleveland Clinic, who wasn’t involved with the study. That’s because heart failure patients often take a half-dozen drugs or more. Patients sometimes stop taking their medications, or take them irregularly, especially if the drugs don’t offer any immediate symptom relief.

As few as 20% to 50% of patients prescribed a statin to lower cholesterol actually take them, says Nove Kalia of the University of Saskatchewan in Canada. Kalia presented two studies exploring ways to motivate patients to change their behavior. He showed them their coronary artery calcium scoring, an imaging test that uses a CT scanner to take pictures of the heart, which can show patients a build-up of calcium in their hearts. Very high levels of calcium increase the risk of a heart attack. Seeing those images helped patients visualize their heart disease, Kalia said. Among those with high scores, patients who saw images of their hearts were 2½ times as likely to take their statin drugs and more than three times as likely to lose weight. Most patients lost around five to 15 pounds, he said.

Seeing these images can be a “come to Jesus moment” for many patients who aren’t taking their heart risks seriously, said Cam Patterson, chief of cardiology at the University of North Carolina-Chapel Hill, who wasn’t involved in the studies.

Like all CT scans, these tests expose patients to radiation. Even the cheapest versions cost hundreds of dollars, Kalia said. And while he doesn’t advocate performing the scans solely to motivate lifestyle change, Kalia said it makes sense to show the pictures to patients if they’ve already been taken.

Checklists have virtually no costs or side effects, Nissen says.

And while checklists may seem like a simple idea, they’re considered crucial in other high-risk industries, such as aviation, Nissen says. “There is a reason why pilots do a checklist before takeoff,” Nissen says.

Patterson called checklists “a low-tech, innovative way to save money and take better care of patients,” noting that, “Medicare and insurance companies are shining a bright light on heart failure readmission rates. We know they are a significant component of the cost of care for heart failure.”

Atul Gawande, a surgeon at Boston’s Brigham and Women’s Hospital and author of The Checklist Manifesto, noted that the checklist study was very small, and only involved one hospital. He said he would like to see the checklist study evaluted in a peer-reviewed journal to make sure it’s sound.

Peter Pronovost, a physician at Johns Hopkins University who has pioneered the use of checklists to prevent hospital infections and other complications, said making a list is only a first step. Getting hospital staff to use these kinds of standards can be a challenge. He’s found that it’s important for staff to be able to give feedback and for officials to measure their results. Really successful checklists can require changing an institution’s culture so that doctors and others will accept these kind of suggestions from others.

Still, Gawande said, “this is extremely encouraging. … This is exactly the kind of area in which a well-designed checklist would be expected to have a dramatic impact. …They show that the benefits could be extraordinary.”