A blood clot is a dangerous health situation with the potential to trigger heart attacks, strokes and other medical emergencies. To treat a blood clot, doctors need to find its exact location. But current clinical techniques can only look at one part of the body at a time, slowing treatment and increasing the risk for complications. Now, researchers are reporting a method, tested in rats, that may someday allow health care providers to quickly use a new scan that detects blood clots in the entire body in one go.

If a person suffers a stroke that stems from a blood clot, their risk for a second stroke skyrockets, says Peter Caravan, Ph.D. The initial blood clot can break apart and cause more strokes if it is not quickly found and treated. Depending on where the blood clot is located, the treatment varies — some of them respond well to drugs, while others are better addressed with surgery.

To locate a blood clot, a physician may need to use three different methods: ultrasound to check the carotid arteries or legs, magnetic resonance imaging (MRI) to scan the heart and computed tomography to view the lungs. “It’s a shot in the dark,” Caravan says. “Patients could end up being scanned multiple times by multiple techniques in order to locate a clot. We sought a method that could detect blood clots anywhere in the body with a single whole-body scan.” 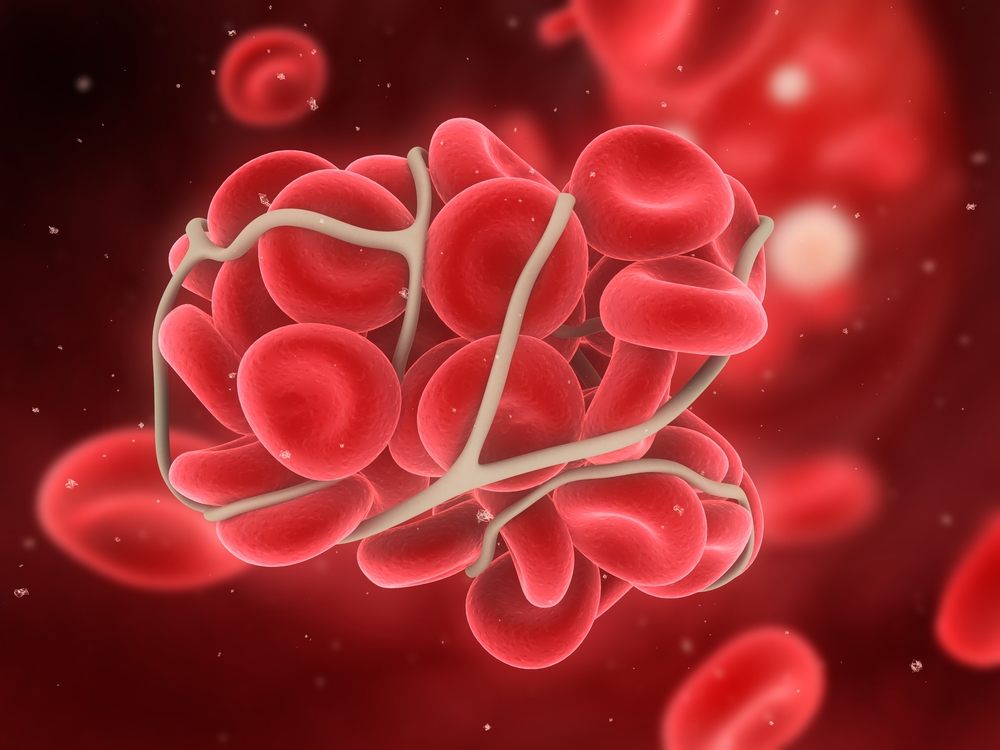 In previous work, Caravan’s team at the Martinos Center for Biomedical Imaging at Massachusetts General Hospital identified a peptide that binds specifically to fibrin — an insoluble protein fiber found in blood clots. In the current study, they developed a blood clot probe by attaching a radionuclide to the peptide. Radionuclides can be detected anywhere in the body by an imaging method called positron emission tomography (PET). The researchers used different radionuclides and peptides, as well as different chemical groups for linking the radionuclide to the peptide, to identify which combination would provide the brightest PET signal in blood clots. They ultimately constructed and tested 15 candidate blood clot probes.

The researchers first analyzed how well each probe bound to fibrin in a test tube, and then they studied how well the probe detected blood clots in rats. “The probes all had a similar affinity to fibrin in vitro, but, in rats, their performances were quite different,” says Caravan. He attributed these differences to metabolism. Some probes were broken down quickly in the body and could no longer bind to blood clots, but others were resistant to metabolism. “The best probe was the one that was the most stable,” he says. The team is moving forward into the next phase of research with this best-performing probe, called FBP8, which stands for “fibrin binding probe #8.” It contained copper-64 as the radionuclide.

“Of course, the big question is, ‘How well will these perform in patients?’” he says. Caravan explains that the group is hoping to start testing the probe in human patients in the fall, but it could take an additional five years of research before the probe is approved for routine use in a clinical setting.