Exercise and diet, Self Management 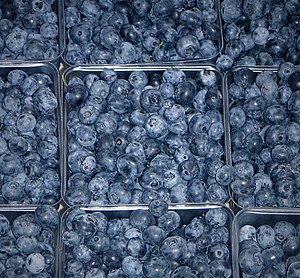 Below you will find some super foods for a Healthy Heart. Please note that if you are on Warfarin then remember eat regularly not in bursts to maintain your INR in range.

Food for the heart: spinach

We should all be eating as much spinach as Popeye, according to the British Dietetic Association, who cannot speak highly enough about the health benefits of this super food. Ursula Arens, a dietician and spokesperson for the BDA, says, “We can’t bang the drum enough in praise of spinach. As a nation we eat very few dark green things and this is jam packed with nutrients”.

The dark green, leafy vegetable (and its cousins such as kale, Swiss chard, broccoli, and spring greens) is high in vitamins, minerals, and antioxidants that may protect against cardiovascular disease; it’s also a source of Omega-3 fatty acids.

Spinach is also rich in folate, which helps reduce the blood levels of the amino acid homocysteine. An emerging risk factor for developing cardiovascular disease is a high level of homocysteine.

The BDA recommends eating a portion a day of your favourite dark green, leafy vegetable and says it does not matter if you eat it raw, boiled or fried.

Food for the heart: salmon

Oily fish such as salmon (as well as mackerel, herring, and sardines) contain high levels of Omega-3s. This “healthy fat” is believed to reduce the risk of developing cardiovascular disease by lowering the levels of triglycerides in the body-blood fats linked to heart disease and diabetes.

The British Heart Foundation recommends eating at least two servings of fish (including one of oily fish like salmon) a week; a serving is between 85 grams and 170 grams.

Food for the heart: soya protein

Rich in Omega-3 fatty acids, protein, vitamins, and minerals, soya protein is a good alternative for red meat, says Ms Arens. It is also lower in fat and higher in fibre than many meat choices.

In people with high cholesterol, studies show that soya protein, when eaten with a healthy low-fat diet, lowers cholesterol. In fact, researchers found that people who ate a diet of several cholesterol-fighting foods lowered their cholesterol as much as people who took medicine.

Both the BDA and the BHF encourage eating at least 25 grams of soya protein daily. You can get your soya from soyabeans (they taste a bit like Oriental broad beans and are sold frozen in supermarkets), soya nuts, soya milk, soya flour, energy bars, fortified cereal, tempeh, and tofu.

Food for the heart: porridge

Grandma may have known what she was doing when she served up a piping hot bowl of porridge every morning, says Ms Arens. A daily serving of porridge contains only about 130 calories while delivering five grams of heart-healthy fibre that helps to lower cholesterol and keep body weight at a healthy level.

Ms Arens says, “It’s really good for you. It releases energy slowly and will fill you up for a long time, meaning you won’t nibble unhealthy snacks between meals. Just don’t add extra cream, sugar or honey”.

Porridge oats and other whole grains such as whole wheat, barley, rye, millet, quinoa, brown rice, and wild rice also help reduce the risk of diabetes, which in itself is a risk factor for heart disease, says Ms Zelman.

It’s important to use whole grains, not refined grains, says Ms Zelman, “so you get the whole package”. Refined or processed grains lose their nutrients and fibre.

You can also get your whole grains from whole grain breads and pastas.

The daily recommendation for fibre intake is between 21 and 38 grams, depending on your sex and age, according to the BDA.

Food for the heart: blueberries

Tasty blueberries are considered a “super food” because they contain high levels of antioxidants.

Ms Arens says, “Blueberries and other types of British berries, like blackberries and blackcurrants, are high in antioxidants. There’s been particular interest in blueberries helping with eyesight and reducing the rate of age-related macular degeneration”.

Antioxidants help neutralise harmful byproducts of metabolism called free radicals that can lead to cancer and other age-related diseases. Anthocyanin, the antioxidant that is thought to be responsible for this major health benefit, can also be found in blackberries, black raspberries, blackcurrants, and red grapes.

Researchers believe that the antioxidants in blueberries work to reduce the build up of “bad” LDL cholesterol in artery walls that contributes to cardiovascular disease and stroke.

Studies have shown that blueberries rank very high in antioxidant activity — number one when compared with 40 other fresh fruits and vegetables.

Ms Arens says that, when in season, we should try to eat a portion of berries a day.